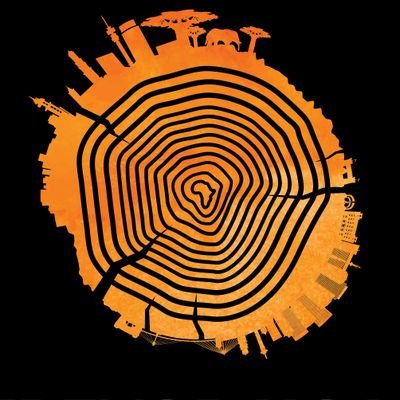 Trevor Noah, South Africa’s most successful comedian, launched his Foundation in his hometown recently. The Trevor Noah Foundation (“the Foundation”) is a youth development initiative that enhances youth preparedness for higher education or entry into the workforce. Noah’s vision is a South Africa that advances because each generation builds and must grow beyond its predecessor.

For Noah, educating our youth is key to transforming his vision for South Africa into a reality. “The higher the level of education, the higher chance the youth have of creating a future for themselves and collectively, a better South Africa”, says Noah.

Even while residing in New York, Noah has repeatedly emphasized remaining true to his African roots. Noah attributes his successes to receiving a good education and to his mother who was a powerful role model. “My mom did what school didn’t. She taught me how to think”, he says in his book, Born a Crime. In recognizing the power of education, the Foundation was created to address the critical needs of other youth who are at risk of being left behind.

His targeted investment in education comes at a time where South Africa’s unemployment rate for youth younger than 25 is a staggering 65%. Millions don’t complete school and for those who do, there is a mismatch between the availability and demand of workforce skills in our economy.

The Foundation selected New Nation School in Vrededorp, a proud government school that caters for orphans or children who find themselves outside of the traditional family structure. Considering the unique circumstances of the learners, New Nation School has admirably maintained high academic marks. Academics is a key aspect of preparing youth for success. With the Foundation’s pilot program already underway, learners at New Nation School will receive psycho-social support, skills development interventions, and career guidance for learners in Grades 9 – 12. By collecting data and monitoring outcomes, the Foundation hopes to scale and share learnings with other organisations or even the government.

“Our greatest task this year is to figure out how best to scale, and then eventually allow New Nation School to continue down the path of success,” says Shalane Yuen, Executive Director of the Foundation. “We are working closely with the school to build the capacity of leadership and staff. Thinking about sustainability is crucial to achieving long-term change.”

The launch event was held today at the beneficiary school in Vrededorp, which was emceed by Noah’s friend, Radio Presenter, and Television Host, Anele Mdoda.

A leading objective of the event was to mobilise key stakeholders in the youth development and education ecosystems. Attendees included representatives across business, government, and civil society organisations for the purpose of fostering robust discussion on South Africa’s systemic educational challenges.

Panelists included Sello Hatang, CEO of the Nelson Mandela Foundation, Gugulethu Ndebele, CEO of Save the Children, Godwin Khoza, CEO of the NECT and many more.

President of Microsoft, Brad Smith, was also at the launch to co-announce the company’s partnership with the Foundation. “We’re excited to be here today at this special school to support Trevor as he brings opportunity to South African children. We understand first-hand the important role that technology plays in education and we’re proud to partner with him by bringing digital tools and skills to schools like this.”

With Microsoft as the Foundation’s technology partner, under-resourced schools will have the opportunity to use technology as a tool to enhance the learning experience in classrooms. Beyond the classroom, digital literacy is a life skill that will continue to add value as the student transitions into further education, or their first job.

“Today was a day that I’ve always dreamed of but never thought I’d be able to see. It was one of the best days of my life,” says Noah. “Thank you to everyone who embarked on this journey with us. Here’s to a new beginning.”