The first of these is the Xperia XZ Premium which is one of the first to be powered by Qualcomm’s Snapdragon 835 64-bit mobile CPU and boasts a highly capable 19MP 1/ 2.3″ Exmor RS for mobile, memory stacked image sensor that can caputure video at 4K as well as super slow motion 960fps videos.

Handline the imaging duties upfront is an equally impressive 13MP 1/3.06″ Exmor RS for mobile image sensor that boasts a 22mm wide angle lens. Images captured on both cameras can be viewed on the smartphone’s delectable class-leading (certainly in terms of resolution) 5.5″ 4K HDR display. The XZ Premium is also IP68 water-resistent, packs 4GB of RAM and 64 GB worth of internal storage that can be expanded upon via MicroSD memory card slot with cards up to 265 GB in size supported. 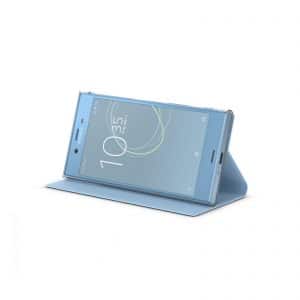 Sony Mobile today also launched its Xperia XZs, available in select markets (no local release details are available yet for either of the smartphones). The Xperia XZs is powered by Qualcomm’s Snapdragon 820 64-bit mobile CPU, packs the same camera setup as the Xperia XZ Premium, 4 GB of RAM and a 5.2″ Full 1080p HD display. Sony stated that the rear camera for both XA1 and XA1 Ultra – which is a 23MP high resolution with a large 1/2.3″ Exmor RS for mobile sensor, bright F2.0 lens and excellent lowlight capability, will allow users to capture shots in 0.6s and obtain incredibly fast and accurate Hybrid Autofocus, so even the most spontaneous moments are always in focus. 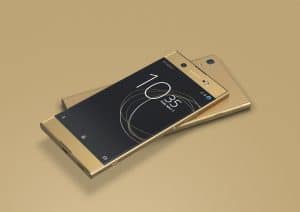 Both devices are powered by MediaTek’s helio P20 Octa Core 64bit (Quad core 2.3GHz + Quad core 1.6GHz) mobile CPU, and run Android Nougat. The XA1 packs 3 GB of RAM while the Ultra adds another 1 GB on top of that.