Apple finally took the wraps off of its new flagship smartphone – the iPhone X – last night, which the Cupertino-based company unveiled alongside the iPhone 8 and 8 Plus.

The impressive handset boasts a 5.8″ all-screen OLED Multi-Touch display that supports HDR and is 3D Touch enabled. The Super Retina HD display and like the Essential phone, the display envelops virtually the entire body of the device. It sports an eye-popping resolution of 2436 x 1125, which amounts to a pixel per inch density of 458.

The iOS 11 running smartphone is powered by Apple’s new A11 Bionic chip with 64-bit architecture (along with a Embedded M11 motion coprocessor and Neural engine ala Huawei) and comes with either 64 GB or 256 GB worth of internal storage. The smartphone is splash, water, and dust resistant. 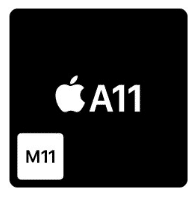 In terms of optics, users will utilise a 12 MP wide-angle snapper and 12 MP telephoto camera at the back and 7 MP selfie-shooter on the front. Gone is the famous home button and users can now use Face ID, enabled by a TrueDepth camera for secure and snappy facial recognition to unlock the device and pay for services.

Apple claims that the batter lasts around two hours longer than that of the iPhone 7, and now features fast-charge capabilities, allowing users to charge the device up to 50% in 30 minutes. Moreover, Apple now also finally supports wireless charging and this works with existing Qi chargers as opposed to making users force to use its own developed standard, which many commentators expected. No local release date or pricing is available yet but it should be even more expensive than the already exorbitant pricetag (R18500) of the Galaxy Note 8. In short, this is the innovative, newly designed iPhone that Apple fanboys have been waiting for and Apple finally have a device to give the best of Android OEMs such as Samsung and Huawei some headaches. Like the iPhone X both devices sport wireless charging and fast-charging, the new A11 chipset and identical camera setups. However, in the case of the iPhone 8, users will not have a dual-camera on the back and will, as on the iPhone 7, have to make due with the single 12 MP snapper on the rear. There is also no support for Face ID, with users making use of the more familiar Touch ID in the form of the fingerprint sensor built into the Home button. Apple also debuted the Apple Watch Series 3 which now boasts its own cellular connection, finally untethering it from the iPhone. This means users will now be able to make calls, stream music and send texts with just their smartwatch.

No local release date or pricing has been made available for the iPhone 8 and 8 Plus or the Apple Watch Series 3 as yet. Keep checking the blog for any changes and updates in this regard.