The HUAWEI WiFi AX3: Seamless connectivity at its best 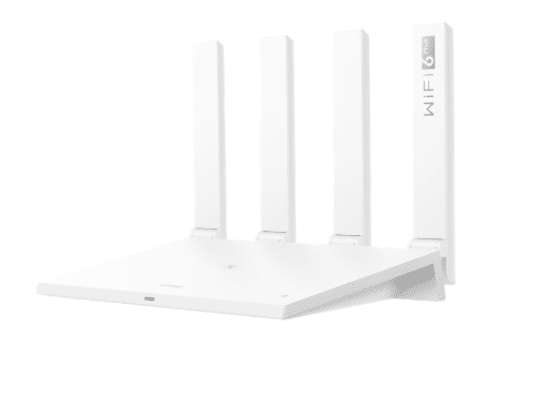 In an age where technological abilities have come to surpass one’s imagination, is it really that much to expect seamless, uninterrupted connectivity from your WiFi router? The latest HUAWEI WiFi AX3 router thinks not. As a company that has pushed the boundaries of almost all realms of the ICT industry, Huawei has officially entered the WiFi 6 market with the recent launch of the HUAWEI WiFi AX3 dual-core and quad-core routers.

Now, while some of us may not understand exactly what WiFi 6 is, the differences it will bring to the lives of the everyday consumer are quite staggering. These developments range from accelerated network speeds of up to 2X that of WiFi 5 offerings, to multi-connectivity to fortified cyber security.

Let’s face it – strong signal is non-negotiable. The Huawei’s Wi-Fi AX3 Quad-core knows this, and comes guns blazing by supporting up to four concurrent devices while on a 2.4 GHz frequency band, and 16 concurrent devices while on a 5 GHz frequency band. The HUAWEI WiFi AX3 goes even further and supports wireless networking, network cable networking or a combination of both, making it a device designed for today’s flexible workplace structures. The device also has the ability to get through any wall in the house, thanks to its wall-penetration abilities. In addition, its (BSS) colouring technology can identify neighbouring network signal frames passing through a wall and allow their Wi-Fi signals to be transmitted on the same channel without interference, reducing interference by up to 30%. These features mean that signal stability and strength is a given.

Further adding to the easy-to-use nature of the device, the HUAWEI WiFi AX3 Quad Core variant supports Huawei Share. One of the advantages here is that if you don’t want to give out your WiFi password when having multiple guests over, or simply can’t remember the ridiculously long password you came up with months ago, all your guests have to do is simply walk up to the router and tap for their NFC-enabled device.

In today’s world, consumers need to know that they are safe and secure while browsing. The HUAWEI WiFi AX3 gives users that reassurance. This is achieved through Huawei’s Gigahome CPU, which has an independent security zone and uses Huawei’s TrustZone operating system, which has a Common Criteria  EAL5 certification. Common Criteria security evaluations for technology products or systems work on different levels, and a level five certification is equivalent to the kind of security protocols you would find in the banking sector or any other financial institution. This means that the HUAWEI WiFi AX3 router operates on the very foundation and principle of safe and secure internet usage.

The HUAWEI WiFi AX3 is also safeguarded from brute force cracking because it can automatically identify any kind of attack that isn’t manual. A Wi-Fi cracking app works by searching nearby shared Wi-Fi first, and if it cannot find such a network, it cracks the Wi-Fi by entering many password attempts in a short space of time. The AX3 can pick up that this is happening and automatically blocks the attacker. Once these attackers are detected and blocked by the HUAWEI WiFi AX3’s intelligent defence systems, users need not worry about any of their precious data or information being corrupted or misused by unknown malware through malicious cyber-attacks.

With the HUAWEI WiFi AX3, the age-old hack of experiencing slow network speeds when more than one device is connected to your router can be bid farewell. The HUAWEI WiFi AX3 Quad-core is equipped with the Gigahome quad-core 1.4 GHz CPU, which boasts a powerful performance and a computing power of up to 12880 DMIPS. This quad-core’s intelligent scheduling and collaboration works to reduce the load and ensure a smooth network experience when multiple devices are connected to your router, meaning the kids won’t be crashing the WiFi connectivity anytime soon. The HUAWEI WiFi AX3 Dual-core is equipped with the Gigahome dual-core 1.2 GHz CPU (computing power of up to 6000 DMIPS).

Overall, the benefits that this WiFi 6 device can bring consumers are endless, from 30% lower power consumption than your WiFi 5 devices, 4x larger capacity thanks to the OFDMA multi-user technology, which allows multiple devices to and improves capacity to almost 4 X that of traditional routers, and of course,  latency is reduced by two thirds, allowing for faster response while connected to multiple devices.

The AX3 Dual-core is on sale at a price of R1,499 from the Huawei online store. The AX-3 Quad-core will be available in South Africa in 2021.