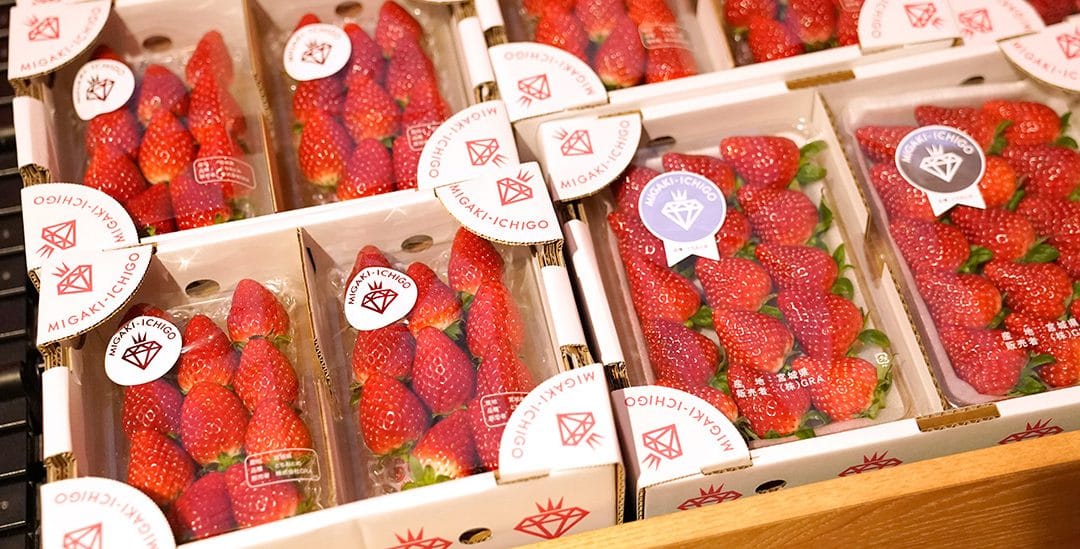 One thing is true of any business, whether its yearly output is 5 million cars or 5 tons of strawberries: There’s always room to improve.

That’s why agricultural firm GRA decided to partner with Nissan to improve efficiency and quality. Their goal: to streamline operations by applying the same principles that enable automakers to survive in a cost-competitive environment.

Japan is one of the world’s largest producers of strawberries. Entire regions of the nation are locked in a competition to develop the perfect combination of form and flavor, applying both art and science to satisfy the most discerning of customers. Japanese consumers prefer, and are willing to pay a premium for, strawberries that are generally larger and sweeter than their counterparts elsewhere.

Harvesting some of the nation’s most sought-after strawberries requires the utmost care and patience. GRA’s premium Migaki Ichigo-brand strawberries have earned their reputation thanks to the company’s no-compromise emphasis on quality – relying on perfect growing conditions and delicate harvesting practices that pamper the fruit. All strawberries are picked by hand and placed in padded crates. They travel from farm to market in temperature-controlled vehicles, ensuring optimum freshness before they’re sold.

Nissan made the perfect partner for the strawberry farm in Japan’s rural Miyagi Prefecture. The carmaker actively seeks to inspire and learn from partners outside its own industry.

“We want to work with partners from all sorts of industries and sectors,” explained Shin Setoguchi, an engineer working for Nissan’s consulting division. “The picking process is quite unlike manufacturing in some ways, but we thought we could still use our expertise to help GRA improve their operations.”

Born out of disaster, ready to move forward

GRA got its start in the wake of the 2011 earthquake and tsunami in northeast Japan, which devastated the region’s strawberry farms. Company founder and CEO Hiroki Iwasa wanted to rebuild his hometown’s agribusiness. He used his IT background to create GRA’s state-of-the-art farm, combining high-tech solutions – such as sensors that detect changes in humidity and carbon dioxide levels – with time-tested wisdom from veteran farmers.

“We set up GRA to help our community recover by bringing back strawberry farming,” said Takashi Ueda, part of GRA’s management team. “That’s our mission.”

GRA asked Nissan to help make workflow improvements that took into account the extreme sensitivity of strawberries. The fruits can’t be bumped or jarred, as they bruise easily. They must also be kept cool, as they’re prone to damage at higher temperatures.

The strawberry grower also wanted Nissan to lessen the burden on older employees who had to walk long distances while carrying trays weighing 2 to 3 kilograms.

Nissan developed two ways to raise efficiency: one high-tech, and one not-so-high-tech.

The low-tech solution: a monorail without electricity

GRA’s farm in Miyagi is made up of multiple growing houses, with a cultivatable area of about 28,000 square meters – equivalent to about 19 Olympic-size swimming pools. This space is divided into hundreds of picking rows.

To help workers transport the freshly harvested strawberries, Nissan engineered a rail-based system that sends aluminum carts gliding down GRA’s “production lines” with minimal friction. The carts are initially pushed along the ground. But once they enter the rail system, they’re gently raised into the air to prevent bumps caused by uneven surfaces. This “monorail,” as Nissan’s engineers dubbed it, is based on the karakuri used in the carmaker’s assembly plants – contraptions that rely purely on mechanical ingenuity, rather than electricity or computers.

The new process eliminates the burden of carrying trays by hand. The carts can even accommodate multiple trays, saving time that would otherwise need to be spent inefficiently carrying filled trays to the end of the line and empty ones back.

It’s a welcome change for the strawberry pickers. “These carts are making our jobs so much easier,” one longtime farmer said. “The traditional way is fine,” said another, “but it’s great to try something new.”

Because the karakuri system uses no electricity, the efficiency improvements come at a low cost, are easy to maintain, and have no environmental impact.

The high-tech solution: a mobile refrigerator

Nissan supplied GRA with a Nissan e-NV200 electric cargo van, specially modified to serve as a refrigerated hauler. The van transports the newly picked strawberries from the greenhouse to the packaging facility while keeping them cool. The sooner the strawberries are refrigerated, the longer they stay fresh, and the less susceptible they are to damage. The result is a “cool chain” that’s maintained all the way to the point of sale.

“Strawberries are incredibly sensitive to changes in temperature,” explains Ueda. “The perfect scenario is to keep them chilled as soon as they’re picked.”

The e-NV200 has the added advantage of being zero-emission, so it can drive into the greenhouse without harming occupants – human or otherwise.

Nissan’s solution perfectly mirrors Iwasa’s vision of combining farmers’ wisdom with modern technology. As the project’s initial phase ends, Nissan’s engineers say they hope to help GRA increase picking efficiency by 20%. Nissan is measuring the improvements made so far and plans to suggest more. They also aim to expand the project to other farms and non-automotive operations.

“We’re strawberry farmers by profession, but if this project makes us more like a manufacturer, all the better,” Ueda said. “We’re going to keep going.”