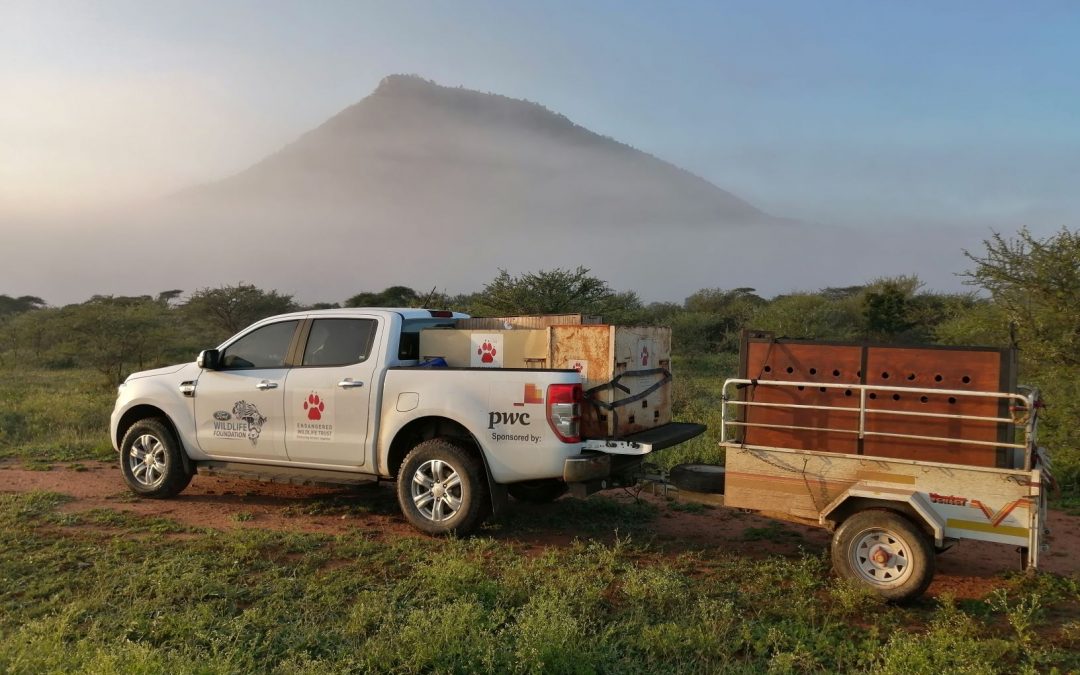 On the road to building a better world for future generations, Ford has announced significant greenhouse gas emission targets in its 2021 Integrated Sustainability and Financial Report summary, milestones that will help the company achieve carbon neutrality by 2050.

Ford has used the approach of the Science Based Targets initiative (SBTi) to set interim emissions targets that are in line with what the latest climate scientists deem necessary to meet the goals of the Paris Agreement.* The 2035 targets consist of reducing absolute greenhouse gas emissions from company global operations by 76 per cent and from new vehicles sold globally by 50 per cent per kilometre.

Key to the reduction of emissions is the development of electrified vehicles. Ford’s strategy in Europe is to go all-in on electrification, with passenger vehicles to be all-electric by 2030. For commercial vehicles, Ford’s product range in Europe will be zero-emissions capable, with all-electric or plug-in hybrid offerings, as early as 2024.

Spearheading the move to electric is the $1 billion investment to transform the company’s vehicle assembly facility in Cologne into a centre for the manufacture of electric vehicles, Ford’s first such facility in Europe. Also, the next generation Ford Transit Custom range will include all-electric models built by Ford Otosan in Turkey, further advancing Ford’s electrification strategy and commercial vehicle leadership in Europe.

“We will lead in achieving carbon neutrality because it’s the right thing for customers, the planet and for Ford,” said Bob Holycross, chief environment and sustainability and safety officer, Ford Motor Company. “Ninety-five per cent of our carbon emissions today come from our vehicles, operations and suppliers, and we’re tackling all three areas with urgency and optimism.”

The company’s 2050 carbon neutrality goal is aligned with the Paris Climate Agreement, which the US recently recommitted to and Ford fully supports.

Shifting to a single Integrated Report for the first time increases transparency and provides a more holistic view of the company’s success.

Alternative energy solutions for the future

Ford is focussed on investing in electric vehicles, autonomous vehicles and connected solutions. The company recently doubled the investment in electric vehicles to $22 billion through 2026 as Ford continues to electrify some of its most popular nameplates – including the highly anticipated Mustang Mach-E SUV, which rolled out in North America in late 2020, followed by Europe in early 2021, and will arrive in China later this year.

In addition to the $1 billion investment to transform the company’s vehicle assembly facility in Cologne into a centre for the manufacture of electric vehicles, construction has already begun on the new Rouge Electric Vehicle Center in Dearborn, in the US, where the all-electric F-150 pick-up truck will be built. These investments – together with another $1 billion announced in February to transform operations in Pretoria, South Africa – will further help reduce Ford’s overall carbon footprint.

Last year, Ford South Africa announced the launch of Project Blue Oval; a renewable energy project which aligns with the company’s global target of using 100 per cent locally sourced renewable energy for all its manufacturing plants by 2035, and achieving carbon neutrality by 2050. In its first phase, construction of solar carports for 4,200 vehicles at the Silverton Assembly Plant will go a long way to seeing the Pretoria property become entirely energy self-sufficient and carbon neutral by 2024 – making it one of the first Ford plants in the world to achieve this status.

Also included in Project Blue Oval planning is the implementation of treated wastewater reuse at the assembly plant. The short-term goal will be to capture 100 per cent of the facility’s wastewater for recycling, and to reuse the maximum available volume back into the manufacturing process. The long-term goal will be to identify and utilise alternative non-fresh water sources to eliminate the use of fresh water in manufacturing entirely. Building on our success and setting new goals

Ford has a strong history in making its operations more sustainable. Over the past decade, Ford has achieved a 40 per cent reduction in the carbon footprint through improved energy efficiency and conservation at company facilities, as well as manufacturing processes. Ford’s objective of using 100 per cent locally sourced renewable electricity for all manufacturing plants by 2035 is on track and is closely linked with its commitment to electrified vehicles.

Along with the commitment towards zero waste to landfill through the “reduce, reuse, recycle” model and eliminating single-use plastics, the company’s global manufacturing water strategy targets a 15 per cent reduction in absolute freshwater by 2025 from the 2019 baseline, building on the 75 per cent reduction since 2000.

Endorsed by the SBTi, the two targets for 2035 were developed to reduce near-term emissions, addressing the urgency of climate change while helping Ford achieve the ambitious long-term goal of carbon neutrality by 2050:

Ford is committed to respecting human rights through all aspects of the supply chain. Earlier this year, the company produced a Supplier Code of Conduct, outlining the expectations and standards required of our supply chain partners, and also became the first American automaker to join the Initiative for Responsible Mining Assurance, or IRMA, for the responsible sourcing of the raw materials used in automotive production.

Additionally, Ford’s supply chain activities are being audited by the Responsible Business Alliance with regards to corporate social responsibility.

In Europe, Ford is now a lead partner of “DRIVE Sustainability”, an automotive manufacturers’ initiative to address ethical, environmental and labour rights issues at all levels of the supply chain.

Rising to the challenge

During the past year, Ford has played an integral role in using design and manufacturing expertise, as well as existing vehicle parts, to help produce thousands of units of medical equipment such as ventilators and respirators, in response to the COVID-19 pandemic.

In South Africa Ford transformed its Silverton Assembly Plant production facilities to manufacture over 285 000 face shields, with almost 140 000 donated to the government for distribution to frontline healthcare workers across South Africa, and approximately 7 000 supplied directly to humanitarian organisations.

Ford established dedicated Flu Clinics and extensive screening and testing procedures at its Silverton and Struandale plants to ensure that manufacturing employees were able to safely return to work and resume production, equipped with all of the necessary personal protective equipment (PPE).

Grants from Ford Motor Company Fund for Unjani Clinics enabled the distribution of educational materials, face masks and hand sanitisers for taxi commuters, and provided loan vehicles to several NPOs across the country, including Gift of the Givers Foundation, the SA Red Cross Society and Laudium Disaster Management to ensure their mobility to reach and assist the hardest-hit communities across South Africa.

“The past twelve months have further emphasised the importance of taking care of our world and each other. It’s not a time to sit back. It’s time to act. We’re building the future now, as a better world for everyone,” said Stuart Southgate, director, Sustainability, Environmental and Safety Engineering, Ford of Europe.